“The motoring public can be assured that the fuel quality being imported to Trinidad and Tobago conforms to current national compulsory standards”.  This assurance was given by Mr Lawford Dupres, Chairman of the Trinidad and Tobago Bureau of Standards (TTBS), on Monday 15th April, 2019 during a media conference at its head office in Tunapuna.

Acknowledging the concerns expressed by some motorists that the imported fuel being sold at local service stations has been delivering lower fuel economy compared with the locally produced fuels previously obtained under the former PETROTRIN, Mr Dupres stated that “The quality of gasoline and diesel fuels supplied by the Paria Fuel Trading Company (PFTC) and, by extension, the National Petroleum Marketing Company Limited (NPMC) and the United Independent Petroleum Marketing Company Limited (UNIPET) are required to conform to two compulsory standards; TTS 269:2007, Unleaded Gasoline for Motor Vehicles – Specification (1st Revision) and TTS 569:2011, Automotive Diesel Fuel – Specification (2nd Revision). To date, we have no reason to believe that the imported fuels are not conforming to the aforementioned standards, because there has not been any evidence of negative variations based on the test results that we’ve seen.”

In the interest of providing information on TTBS’ role and position on this issue, the public is advised that, through its Implementation Division, TTBS is mandated under the Standards Act No. 18 of 1997 to enforce the requirements of these standards. Accordingly, before the advent of PFTC, TTBS monitored the quality of these fuels as produced by the former PETROTRIN via the results of analyses conducted by the former PETROTRIN’s laboratory.

Since PFTC was established last year to import fuels for use in Trinidad and Tobago, TTBS has similarly monitored the quality of such fuels by way of Certificates of Quality (COQs) submitted to TTBS by PFTC’s laboratory.  No negative variations to the required specifications have been found to date. Rather, with respect to the chemical components in the fuels likely to cause odour problems, namely mercaptan and sulphur compounds, the imported fuels have shown lower values than those previously available from the former PETROTRIN and are well within the required limits.

Going forward, TTBS in consultation with PFTC, will implement in addition to the above, a rigorous sampling and testing protocol for all imported fuel cargoes at the point of their discharge at Pointe-a-Pierre, including the tanks used to receive and store such cargoes prior to their distribution to NPMC and UNIPET. Such samples will be tested at independent accredited laboratories sub-contracted by TTBS and, conditional on the receipt of satisfactory confirmation of compliance with the compulsory national standards, Certificates of Release would be issued to PFTC.

TTBS further plans to extend its sampling program on PFTC cargoes to randomly selected stations throughout the country to ensure that the fuel actually delivered to customers at these facilities also meet the required fuel quality specifications outlined in the two compulsory standards.  On a related note, TTBS, under the Metrology Act No. 18 of 2004, has progressed its fuel quantity verification exercise on fuel dispensing pumps at all service stations in Trinidad and Tobago which would see 100% compliance at all local service stations by mid-2019. 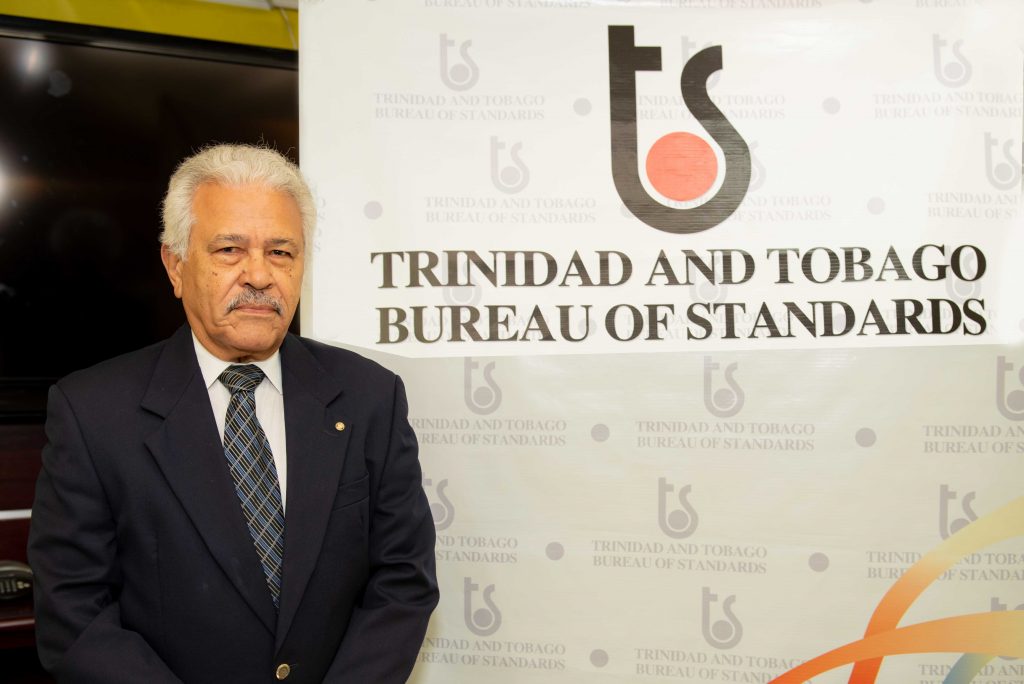 Lawford Dupres – Chairman of the Board of Directors – TTBS