TTBS Ensures Customers Receive Value For Money At The Markets

On Wednesday 9th October, 2019 Trinidad and Tobago Bureau of Standards (TTBS), launched the verification of market scales – “stamping of scales” at the Sangre Grande Municipal Market.  The verification exercise is currently being rolled out in phases across all municipal markets nationwide, and will be conducted during the period October, 2019 to February, 2020.

The main thrust of market scale verification, is to ensure scales are weighing accurately. This seeks to engender trust and confidence, so that customers receive value for money when purchasing produce in the markets. Verification also safeguards the vendors by ensuring they are selling the exact weight of produce and not losing money per transaction.

Mr Lawford Dupres, Chairman of TTBS, congratulated Dr. Ravi Maharaj, Principal Medical Officer of Health, for the Sangre Grande Market on being the first market to have its market scales verified and encouraged all municipal markets to support TTBS, as it continues to build and expand the measurement system in Trinidad and Tobago as stipulated in the Metrology Act Chapter 82:06.  These actions, he said, will serve to increase consumer confidence when purchasing produce from the market.

The Act, now in its fourth year of proclamation, mandates the Legal Metrology Inspectorate (LMI), a unit of TTBS, to monitor and verify prescribed measuring devices used in trade, including market scales at all markets nationwide.

To maintain quality control, the LMI will conduct random spot checks on the market scales to ensure it continuously weigh accurately.  If the verification labels, i.e. the “passed” and “not for use in trade” labels are found to be tampered with or removed, the owner of device can face prosecution according to the Metrology Act Chapter 82:06.   It is also an offence to trade with an unverified measuring device.

Mrs. Erica Caruth, Executive Director (Ag.) TTBS, gave commendation to the Sangre Grande Municipal Market.  She said “Sangre Grande Market has demonstrated its steadfast commitment to ensure customers receive exactly what they pay for at the market.  She also stated that “Consumers are advised when purchasing produce to check the scales for the yellow LMI “PASSED” verification label, which indicate that the scale being utilized has been verified and is weighing accurately”.

The verification exercise builds on TTBS’ commitment to provide a globally competitive market place, which protects the interest of all stakeholders involved. A commitment that recognizes the need to ensure that there is quality and accuracy of measurements in all areas of trade.  As the national measurement system emerges and becomes more recognized, citizens can have greater confidence in the measurement capabilities of our country as it relates to commerce, health and the environment. 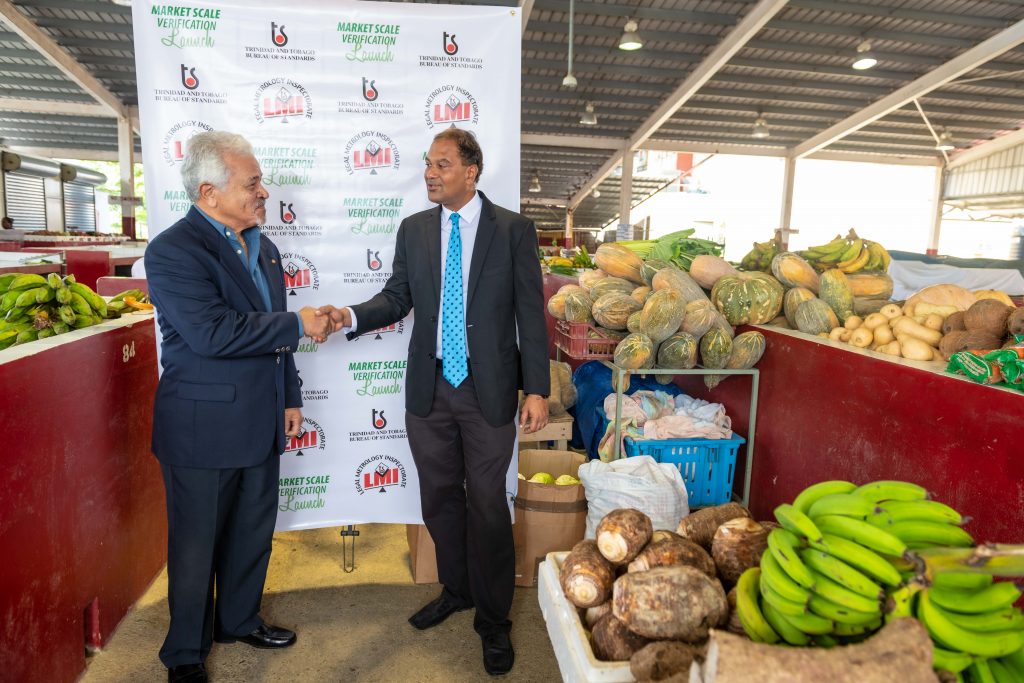 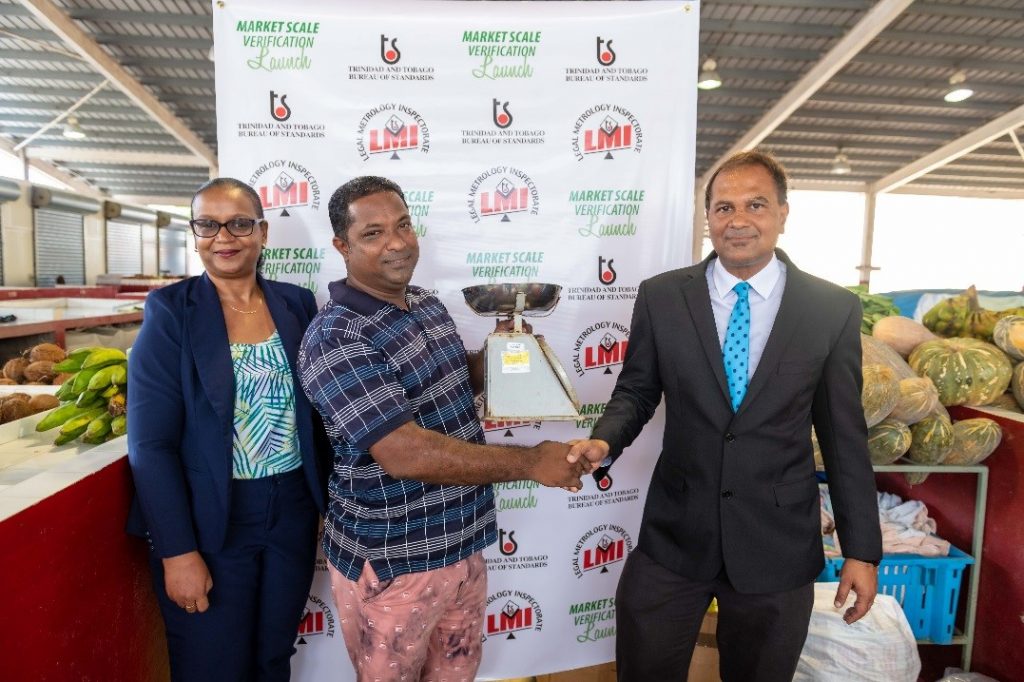 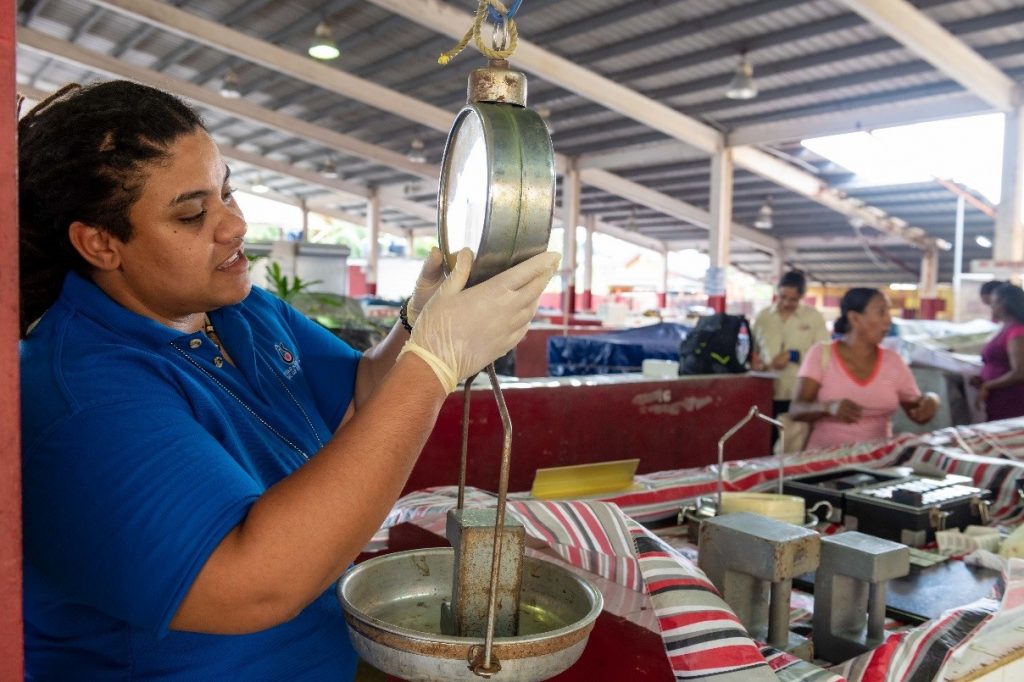